Home Gadget Spectacles 3: The glasses can record videos and photos in 3D

Spectacles 3: The glasses can record videos and photos in 3D 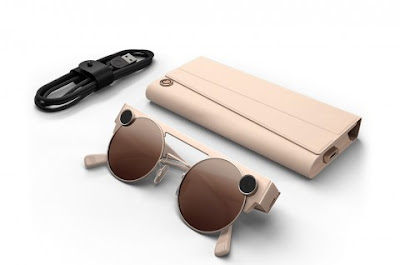 Snap, the company behind the Snapchat app, produced a megaflop with the first Spectacles version after a short hype at the end of 2016. Hundreds of thousands of camera glasses are said to be dusty in warehouses. Snap is said to have written off nearly $ 40 million. When the second improved generation was introduced in spring 2018, US media had speculated about a third-generation with 3D capabilities - now Snap has officially announced the Spectacles 3.

For 3D effects: Snapchats Spectacles 3 comes with dual HD cameras
The special thing about it is that the glasses come with two HD cameras, which should enable photo and video recordings in 3D, as CNBC reports. The whole thing works via wireless synchronization with the app on the smartphone, where there should be a number of 3D effects. The 3D videos can be recorded in HD at 60 frames per second. The built-in 4-microphone arrays are said to contribute a high-fidelity sound.

Unlike the predecessors, the Spectacles 3 and the accessories are not waterproof. The camera glasses are made of metal and no longer plastic. The manufacture of one piece of stainless steel sheet should make the glasses, according to Snap, durable and comfortable. The Spectacles 3 can already be pre-ordered in the colors of carbon and mineral. They cost 370 euros and should be delivered in autumn.

Snap has not reported any sales or losses for the second Spectacles generation and the successor models Veronica and Nico. However, industry observers are convinced that the demand for it cannot have been exhilarating. It will be interesting to see whether the third-generation camera glasses, which are again 140 euros more expensive, will find buyers. In any case, the area of ​​AR glasses has not yet been written off. Apple is also said to be working on its own smart glasses. Google and Samsung are also on it. 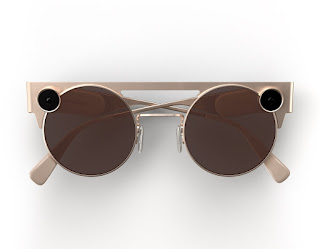