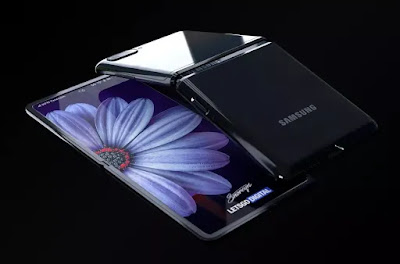 Samsung's Galaxy Z Flip is reportedly due to be unveiled before the MWC, and more and more details about the Galaxy Fold sequel are gradually coming to the fore. A current note now revolves around the ability to fix the screen in the desired location.

With new information about the Galaxy Z Flip, there is a hint about the positions of the screen. In addition to a 180-degree mode, in which the display is completely folded up and fully usable, there should also be a 90-degree mode in which the smartphone is its own display stand. For example, you can place the device on the table in front of you on the train and fold up the display so that you can view content on the Galaxy Z Flip comfortably and without an additional bracket. 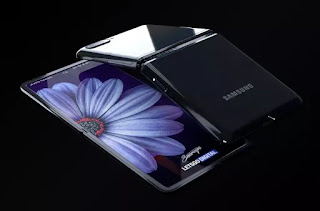 According to further information, the Galaxy Z Flip should have an ultra-thin and flexible glass (Ultra-Thin Glass - UTG) with a protective layer of plastic. The processor is a Snapdragon 855. Of course, this SoC is slower than the SD 855+ and even more so than the Snapdragon 865, but is still considered a high-end SoC. The Galaxy Z Flip's 6.7-inch display comes with another 1-inch display on the outside. However, you will not be able to use this small display to take selfies with the main cameras.
Facebook Twitter