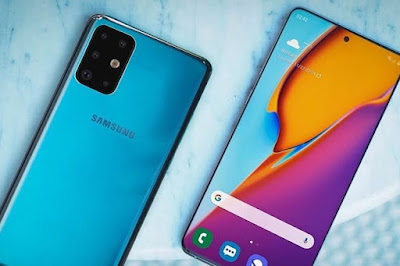 There had long been speculation about the name under which the successor to the Galaxy S10 could be launched. Now Samsung seems to have decided: Instead of a Galaxy S11, a Galaxy S20 awaits us. In addition, as expected, there is a plus variant – but this is not even the top model in the Galaxy S20 series, because the company wants to attack with a third, even better-equipped model. The Galaxy S20 Ultra is likely to eclipse the standard version.

But let's stay with the Galaxy S20 first. Compared to the predecessor, the design has been revised, the side edges are hardly visible anymore. The selfie camera will continue to be "hidden" in a camera hole, but it will probably move further into the middle from the upper right corner. For the display itself, Samsung seems to be relying on a 120-Hertz mode, which will provide even smoother scrolling. According to reports, the screen has a diagonal of 6.2 or 6.4 inches.

The processor is expected to feature the fast Snapdragon 865 in the US and China, while a Samsung Exynos processor comparable to the performance is used in Europe and other parts of the world. A 5G modem is used in both cases. It is not yet known how much working and fixed memory will be used in the standard Galaxy S20 model. But there will be at least 12 GB of RAM, along with an internal capacity of 128, 256 or 512 GB.
Rumour has it that the Galaxy S20 does not have a MicroSD slot to expand memory – although it is not yet clear to git. A headphone jack in 3.5 mm format should be dispensed with.

While there is hardly any information about the camera equipment of the Galaxy S20, the larger Ultra version looks different. Here, the main sensor should enable images with up to 108 MP. Pixel-binning should make shots look better even in low light conditions than in the previous model.

The three other lenses on the back are expected to be zoom, wide-angle and time-of-flight shots. Just like the Galaxy S20 Ultra, the Galaxy S20 and S20 Plus will be able to record 8K-resolution videos.
The Galaxy S20 Plus's display will reportedly resolve with 3,200 x 1,440 pixels, have a 6.7-inch diagonal, and also have a 120-Hertz mode. The Snapdragon 865 has 12 GB of memory, the battery could reach a capacity of 4,500 mAh and can be charged up to 25 watts. 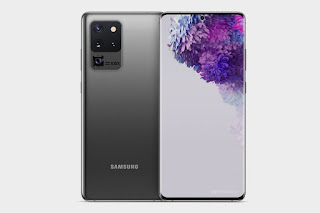 For the first time, Samsung is bringing another phone to the Galaxy S20 series that delivers even more power than the respective Plus model. The Galaxy S20 Ultra will also have 108 MP as the maximum resolution for photos, but a hundred-fold zoom could also make its debut with the second lens, which allows 48 MP. Visually, it should be able to zoom by a factor of ten.

There are also differences with the battery, which in the Ultra model probably comes to 5,000 mAh and comes with a fast-charging function that provides 45 watts. The internal capacity of 128, 256 or 512 GB should also be expanded via the microSD card, which is supposed to be the case only with the Galaxy S20 Ultra. In addition, there is 12 or 16 GB of memory.
Facebook Twitter