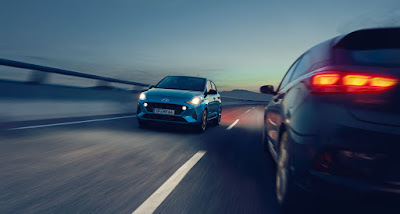 The new Hyundai i10 (2020) swims against all trends. Some car brands are betting on the fully electrically powered city mini, other manufacturers even turn their backs on the A-segment, but Hyundai holds faith in the i10. Why? Because a lot of people are still particularly happy with an affordable new car. 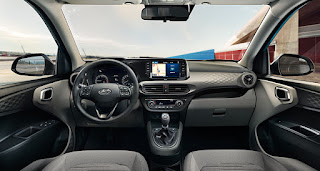 In the electrification area, Hyundai runs out for the troops, but the i10 does not come from an electrified version. Strange? No, because the South Koreans want to keep the i10 especially affordable. That's what a large buyer group still wants the most. With the farewell of some major competitors (Ford Ka+, Suzuki Celerio) and counter-reversing that the switch to electric drive car (Seat Mii, Skoda Citigo, Volkswagen Up), there will soon be little cheap in this price category. And that's corn on Hyundai's mill. 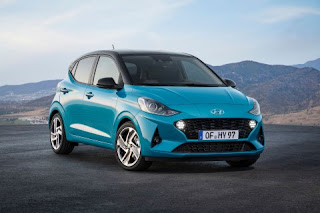 The Hyundai i10 was already a very mature car, but there was still room for improvement. The new i10 comes standard with a complete arsenal of safety features, and the grown wheelbase (+4 cm) makes you surprisingly spacious with four adults. The trunk fits a very decent 252 liters of luggage. Depending on the version you choose, the on-board electronics are easy to pair with your smartphone, and you can have fun with apps like Hyundai BlueLink, Apple CarPlay, and Android Auto. The Hyundai i10 is not only calculated on city traffic. Along the highway, the ride is just as easy for the car. The i10 is comfortably on the road and also stays neatly in the track at 130 km/h (or wind force 6). An adult moving car. 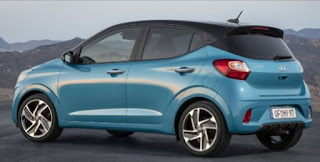 In the Netherlands, the i10 is only supplied with three cylinders. The standard version - with which we have driven - still has the old 1.0-liter Gamma engine of the previous generation. With a power of 67 hp and a maximum torque of 96 Nm, the new i10 is not a speed sample. To be honest: it's all a bit scraping, especially in the lowest revs and in the highest gear the engine has it heavy. In a few months, the i10 1.0 T-GDI will appear, with direct injection, a turbo and 100 hp.