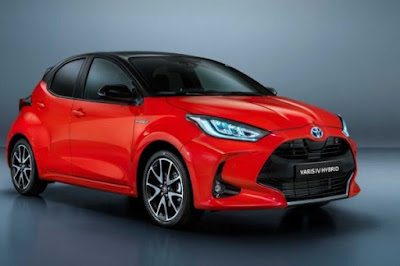 After eight years there is finally a completely new Toyota Yaris. The flag goes into the top and the mars music swells. With an unprecedented portion of freshness and favorable private lease rates, Toyota opens the hunt for the (small) children of the current Yaris driver.

Toyota has stretched the life of the current Yaris for a long time. He got an increasingly ferocious grille and kekke color combinations had to give him a younger appearance. However, we see mostly blue-grey hairstyles behind the wheel of most Yarissen. Remarkably often they also drive around on working days with electric bikes on the bike carrier. This reinforces the impression that the Toyota Yaris attracts consumers with a dynamic lifestyle and a lot of time. Nothing wrong with it, what these are pretty much the only people who still buy a new car. However, car brands don't like it when their models carry a retirement image. That's why Toyota is betting on a younger audience. 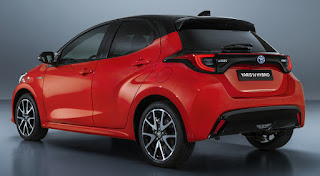 For starters, the new Toyota has given the Yaris a more dynamic appearance. The car has fallen 4 centimeters lower and 5 centimeters wider. The wheelbase has also grown by 5 centimeters. In length, the Yaris has shrunk half an inch. As a result, it looks less like a 'high-seater' and that creates a more dynamic look. Although there are certainly elements of the popular Toyota C-HR in the design - just look at the taillights - the Yaris looks less crowded and has much rounder lines.

Under the skin, a lot has changed. For the Dutch market, the new hybrid powertrain is particularly interesting, because three-quarters of arisen sold here is the Hybrid label. Under the hood of the next-generation Yaris is a new 1.5-liter three-cylinder petrol engine. It is a close relative of the four cylinders in the Corolla and RAV4. The three-cylinder in the Yaris works with an electric motor that is connected to a new lithium-ion battery.

Toyota does not yet say how much system power the powertrain delivers. However, the brand indicates that the electric motor is a lot more powerful: the power went from about 60 to about 80 hp. This would amount to an average practical consumption of about 1 to 25. And that in smoother performance. For the stubborn hybrid haters, Toyota will also supply the Yaris with a petrol engine. The question is whether he will come to the Netherlands.

According to its creators, the new Toyota Yaris is not only more dynamic, the new chassis and the lower center of gravity should also make the driving characteristics more sporty. To enhance the active driving experience, Toyota has lowered the dashboard, widened the center console and the steering wheel performed a size smaller. Central to the dashboard, of course, a large, free-standing touchscreen is located. 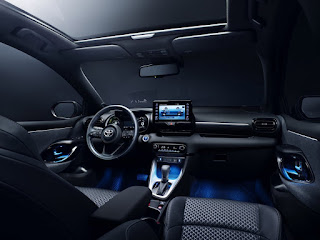 If the driver is too much with his head at the screen and too little on the road, the Toyota Sense 2 package can in some cases help. It includes active cruise control and rail assistance. New is the large central side airbag. 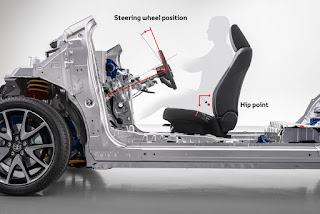 To appeal to a wider and especially younger audience, Toyota wants to apply for the new Yaris advantageous private lease rates. Logically, because at present the Toyota Aygo still scores as a madman among the private-lease audience, but this model is at the end of its life cycle. And the question is whether there will be a direct replacement.a
Facebook Twitter